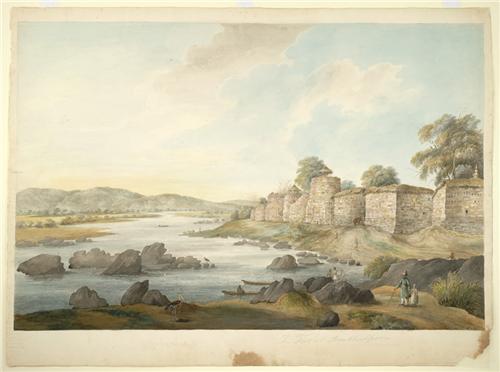 As per the historical evidences, Samudragupta defeated King Mahendra of Koshala, in the 4th century when Sambalpur was a part of the Koshala Kingdom. Previously Sambalpur was known as Sambalaka which has got mentions in Ptolemy’s book, and the district was believed to be on the established on the banks of river Mahanadi. Some of the other evidences also say that Sambalpur was previously popular as ‘Hirakhand’ which means the ‘Land of Diamond’. Previously Sambalpur was very much known for the diamond extractions and trades and even today the nearby areas of Sambalpur enjoy a huge volume of income from that of the semi precious stones.

As per the historical evidences found it is believed that during 4th century Samudragupta defeated the King of Koshala, Raja Mahendra whose kingdom included the present areas of Sambalpur. Then the district of Sambalpur in the 5th century and 6th century B.C was said to be under the jurisdiction of the Sarabhapuriya who was not destined to keep their rulings for long and Raja Trivaradeva the Panduvansi king overtook the Sarabhapuriya and became the new king of Sambalpur. By the end of the 9th century BC Janmeyjaya I Mahabhavagupta became the king of the modern day Sambalpur and the districts of Bolangir as well. Later on his dynasty was known as Somavansi dynasty and towards the end of his dynasty Rajputana started dominating the periods of history by ruling on major parts of the country including the districts of Sambalpur.

It is said that in mid of 14th Century the base of Chauhan rulings in the region of Western Odisha was led by Ramai Dev and after which Bhonslas of Nagpur ruled the districts of modern day Sambalpur in 1800 when the Marathas conquered the areas of Sambalpur. In 1817 after 3rd war between the Anglos and the Marathas, Sambalpur was returned by the Britishers to Raja Jayant Singh, then king of  Chauhan dynasty.

By the mid of 18th century the Chauhan rulings reached to an end when the Marathas occupied the province of Sambalpur. Differences among the Marathas and British Government got matured, after British occupying the state of Orissa. 'Narayan Singh' the final king of Sambalpur died in 1809 without any male successor and hence Britishers detained the state according to the policy of lapse. On January 1804 British occupied Sambalpur although it took Britishers however a long period to secure their victory. In 1817 complete areas of Sambalpur came under their rulings. However the voice soon rose against them and the years that came after it witnessed several movements by Binjhal Zamidars and Kandhas. Queen Mohan Kumari was said to be the poppet ruler of Britishers in Sambalpur and several movements also took place against her as well.

The fortitude of hatred and freedom from the foreign rule was clearly visible in the freedom movements that were being taken place at that time in the western part of Orissa, which was initiated at Sambalpur. Surendra Sai was the heroic leader of that time and was also the most well-known freedom fighter belonging to the Western Orissa. In the history of India's fight for freedom the name of Vir Surendra Sai has been recorded in golden letters who spent his entire life fighting against the British Rule. In July 1857 at the time of Sepoy Mutiny at Hazaribagh several mutineers broke the prison, where Sai was kept imprisoned and all the prisoners were set out of the jail. After reaching Sambalpur Surendra started his fight against the British rule. Later on the entire district of Sambalpur was declared as a aprt of the central province.

Major Changes in the Geography of Sambalpur

A time that came in the history of Sambalpur, witnessed the complete demolition of the Odiya spirit in the region of Sambalpur. The Government of the Central Provinces in 1895 decided to abolish the usage of Oriya language in the form of official language of Sambalpur. Several sustained movement were organized by the people of Sambalpur to protect the Odiya language. In order to solve this language crisis it was then demanded to amalgamate the Sambalpur with Odisha Division which in 1905 was then accepted by Britishers.

Along with the areas of Sambalpur, the adjacent Oriya speaking tracts also were merged with the Odisha Division which was under the Presidency of Bengal. Oriya speaking Zamindars of Phuljhar and Chandarpur had to keep their Zamindaris with the Central Provinces which are presently under the Chhattishgarh state’s Raigarh District. In 1912 the division of Bengal then formed part of the current time Odisha and Bihar which then in 1936 became a separate state of Odisha. In 1947 post Independence, Odisha became a separate Indian state.

The historical evidences speak about an idol of Lord Jagannath which was established in a cave near the Court Samalai hill of Sonepur by Indrabhuti. As per the evidences found suggests that Puri is said to be the seat of Lord Purushottama and not of Lord Jagannath. A religious revolution synthesized Jagannath of Sambalpur in the 10th century A.D with that of the Purushottama of Puri. A cave in the Court Samalai hill near Sonepur is believed to be the earliest seat of the Lord Jagannath. The idol of Jagannath established by Raja Indrabhuti in that cave gave rise to the tradition which is still live in the present day as well. Still a proper archaeological survey is to be done in the court Samalai hill in order to reach at any proper conclusion.

According to the Historical evidences found Indrabhuti who is believed to be the the oldest king of Sambalpur is also the founder of the Vajrayana Buddhism Dharma. These are said to be the modern Tantric cults of the Buddhism which then introduced Mandala, Mantra and Mudra with six of the Tantric practices also known as Abhicharas such as the Stambhana, Marana, Vajikarana, Uchchatana, Vidvesan and Sammohana. These Tantric Buddhist sects were used to bring up the dignity and pride of the lower sections of the societies to a better level. It rejuvenated the prehistoric beliefs and applied a respectful and liberal attitude towards the females, a less formal and much simpler loom to the god and rejection of the wide spread caste system in the society.

Laksminkara was another Buddhist follower who along with Indrabhuti rated a mass of followers to their cults. The presiding deity of the Chakra Sambara Tantra of Buddha Sambara, gained immense popularity in the Gandhagiri region during the 9th century A.D and it lasted till the 10th century A.D. The Vajrayanists and Sahajayanists caves and rock shelters in Gandhagiri are the place where the adherents of the cults used to live and worship Lord Buddha and along with practicing the Kaya and Sadhana, the Yogic practices.

The tribal of Gandhagiri a part of the Sambalpur district, were very much affected by the tantric Buddhist traditions and it was to the extent that even now one can trace the incantation of seceral Buddhist Siddhacharyas along with the names of the Buddhists deities in the prayers and the mantras enchanted by the tribal to cure disease or to ward off the wicked evil spirits. Lord Buddha was then worshipped as Buddharaja. There is also one small hillock present right at the centre of the city of Sambalpur which one can even find today and is known as Buddharaja.

Comments / Discussion Board - History of Sambalpur